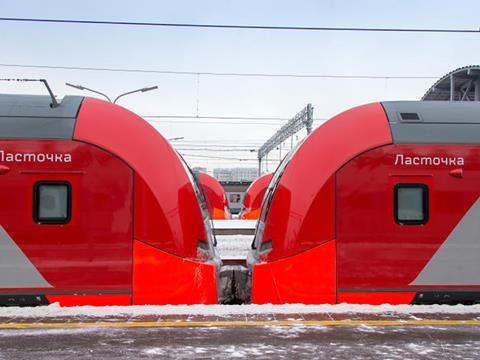 RUSSIA: Following consultation with the Moscow city government, Central Suburban Passenger Co and Moscow Metro have agreed to transfer to Russian Railways the rights and obligations under the contract to provide services on the Small Ring route.

Small Ring passenger services are scheduled to launch on September 2, following the completion of an extensive modernisation and electrification of the 54 km circular freight route.

On December 2 Central PPK had announced a contract for Transmashholding’s Demikhovo plant to supply 35 Type ED4M-500 for the Small Ring. However RZD said it plans to use Siemens/Sinara Lastochka electric multiple-units. These have more complicated maintenance requirements than other designs, and the fleet will be concentrated at the suitably-equipped Podmoskovnaya depot.

RZD said there would be 130 Small Ring train services each way per day, calling at 31 stations. Ticketing will be integrated with the urban transport system, with fares set by the city. Ridership is predicted to reach 300 million passengers/year in 2025.