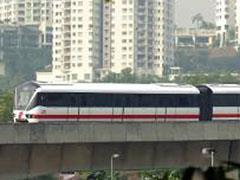 MALAYSIA: Tenders for the first phase of Kuala Lumpur’s proposed mass rapid transit line from Sungai Buloh to Kajang are due to be issued in April. Work is expected to start in July for completion by 2015.

The project to build an MRT network serving the Greater KL/Klang Valley area is being promoted by public transport authority Syarikat Prasarana Negara Bhd, which will own the infrastructure. In December, SPNB appointed MMC-Gamuda Joint Venture Sdn Bhd as its project delivery partner after receiving cabinet approval to proceed. The government is financing the 36bn ringgit project and plans to set up a Special Purpose Vehicle to raise the funds. The three parties will jointly evaluate the bids and select the winning contractors.

Phase I of the MRT project envisages construction of a 60 km line, of which about 10 km would be underground, running from Sg Buloh in the northwestern suburbs of Kuala Lumpur to Kajang in the southeast, via the city centre. The sites of the 35 stations have not been finalised but the route would provide interchange to KTM Komuter services at Sungai Buloh and Kajang, and to the light metro in Kelana Jaya and Maluri.

The route would serve a catchment area with 1·2 million inhabitants and generate an estimated 400 000 trips/day. The line will be operated by Rapid KL; end-to-end journey time would be around 90 min.