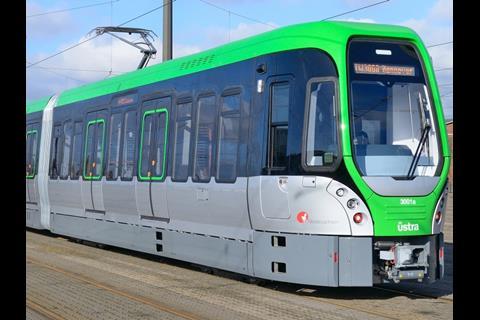 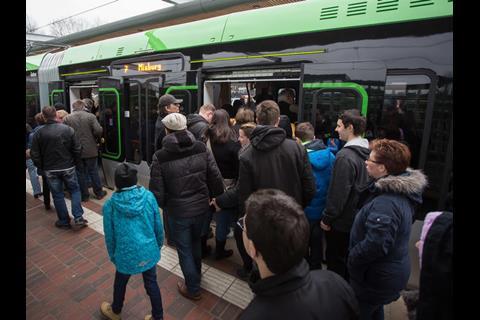 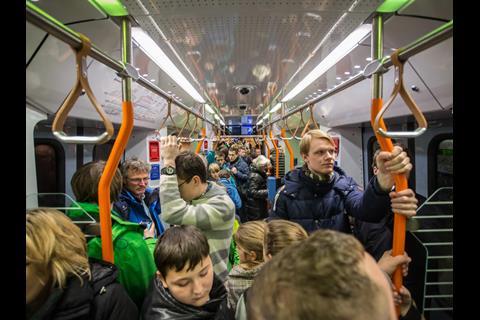 The two-section bidirectional air-conditioned articulated vehicles are 25 m long and 2 650 mm wide. They will replace the TW6000 cars, which are 30 years old. They will initially operate on Route 7 and then on Route 3.

City transport operator Üstra placed an initial order for 50 LRVs from a consortium led by Vossloh Kiepe and including Alstom Transport in 2011. Around half of the €126m cost was funded from Land transport agency LNVG.

Vossloh Kiepe provided electrical equipment and Alstom has supplied specially designed compact bogies. The bodyshells were built in Salzgitter by Bozankaya, with other components coming from Düsseldorf. Final assembly was undertaken by HeiterBlick in Leipzig.

The first TW3000 LRV was presented to the public in March 2014; however, entry into service was delayed because of weld defects.