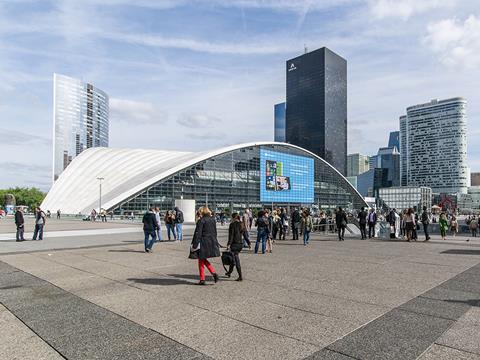 FRANCE: Under the project to extend RER Line E to the western suburbs of Paris, SNCF Réseau has awarded a contract worth €496m to build a new underground station at La Défense to a joint venture led by Vinci Construction France. The other members are Vinci Construction Grands Projets, Dodin Campenon Bernard, Soletanche Bachy France, Botte Fondations, Spie Batignolles TPCI and Spie Fondations.

As well as the underground station itself, the contract covers the construction of 1 km of running tunnels, a shaft 40 m deep and 15 m in diameter, and pedestrian corridors connecting Line E with RER Line A, lines L and U of SNCF’s Transilien suburban network and light rail route T2. Work is due to start this summer and continue for 61 months, mobilising 700 workers at the peak of construction.

Vinci says that this ‘highly technical project’ will involve building ‘an underground cathedral’ while supporting structures above to ensure that the offices, shops and hotels of the La Défense business district continue to operate normally throughout the duration of the work. Major challenges will include the excavation and removal of 350 000 m3 of material.