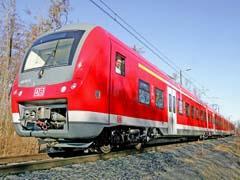 The 21 three-car and five four-car trainsets have been ordered by BeNEX, the company established by Hamburger Hochbahn to bid for operating contracts beyond the Hamburg area and now 49% owned by Babcock & Brown.

The trains will be used on the Regensburg-Donautalbahn regional network which BeNEX is to operate under a 12-year contract starting in December 2010.

Alstom said the order follows on from a total of 233 Coradia Continental and winterised Nordic trainsets which it has sold to operators in Germany and Sweden since the range was launched in 2002 (RG 5.08 p321).