UK: The 13th Railtex trade show is being held at the National Exhibition Centre on May 9-11. 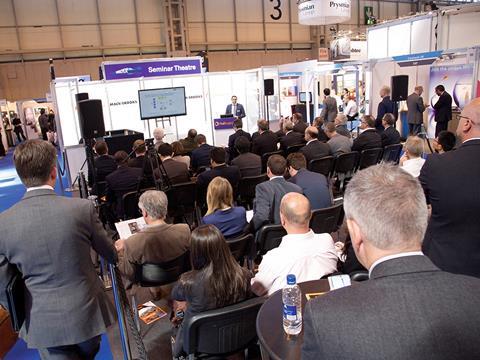 Since its launch in 1993, Railtex has become established as the UK's leading showcase for railway equipment, products and services, attracting a wide range of visitors from across the rail sector and offering valuable networking opportunities.

According to organiser Mack Brooks Exhibitions, by mid-April more than 470 companies had registered to exhibit at this year's show. As well as leading global suppliers such as Alstom, Hitachi Rail Europe and Siemens, a new exhibitor this time is Stadler, which entered the UK main line rolling stock market in 2016 with a contract to supply the inter-city EMUs and regional electro-diesel multiple-units for Abellio's Greater Anglia franchise, followed by a contract to supply EMUs for Merseyrail.

Almost one third of the exhibitors will be making their first appearance at Railtex this year, bringing new ideas to the market or reflecting changing patterns of equipment procurement.

A participant expected to attract much interest will be high speed project company HS2 Ltd, which will shortly be awarding its first construction contracts following Royal Assent giving powers to build the first phase linking London with the West Midlands. HS2 Ltd will be sharing its stand with the National College for High Speed Rail, whose two campuses in Birmingham and Doncaster are scheduled to accept their first students later this year. Network Rail's Digital Railway programme (p38) will have its own stand.

Meanwhile, German national operator Deutsche Bahn will be presenting a portfolio of consultancy services in both infrastructure and rolling stock, bringing together DB Engineering & Consulting, DB Systemtechnik and ESG Rail.

Among the industry associations taking part in Railtex 2017, the Rail Alliance will be emphasising the broad range of services which it can offer to member companies across the UK supply chain. Rail Forum East Midlands will be representing more than 150 businesses across the region, ranging from infrastructure and rolling stock designers and consultancies, to manufacturers, and service providers.

A series of keynote speeches and industry presentations will take place over the three days. After opening the exhibition, Rail Delivery Group Chief Executive Paul Plummer is due to deliver a keynote address. The keynote speaker on the second day will be NR's Managing Director, Infrastructure Projects, Francis Paonessa, followed on the final day by Prof Andrew McNaughton, Technical Director at HS2 Ltd.

The Knowledge Hub will host a series of project updates and industry briefings, devised in partnership with the Railway Industry Association, as well as panel discussion sessions. Headline speakers include Gordon Wakeford, Chair of the Rail Supply Group and UK Managing Director of Siemens Mobility, who will discuss the Midlands Engine regional economic growth initiative, Digital Railway Managing Director David Waboso (p38) and David Prout, Director General for HS2 at the Department for Transport.n