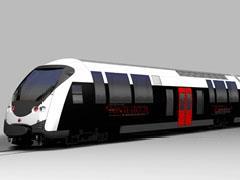 CAF: The Spanish rolling stock manufacturer has acquired a 60% stake in CFD Bagnères, the French constructor which has specialised in DMUs for metre-gauge networks as well as shunters and road-rail infrastructure maintenance vehicles. CFD has 160 employees, and its works at Bagnères-de-Bigorre south of Tarbes is currently producing 12 locomotives for Spanish operator EuskoTren.

In its domestic market, CFD is bidding to refurbish metro cars for RATP as well as regional rolling stock for SNCF. The company has also produced cars for funicular railways in Laon, Bourg-Saint-Maurice and Penly.