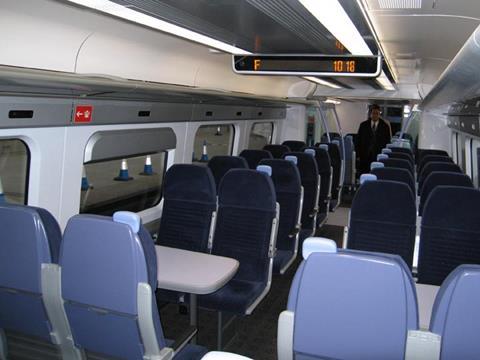 Marking the start of a one-year countdown to the launch of high speed domestic services on High Speed 1 in December 2009, the trip took 37 min compared with present Ashford - London timings of more than an hour.

The train is the second of four pre-production trainsets being tested ahead of delivery of the rest of the 29-strong fleet - the first eight cars in the production fleet are due to reach the port of Southampton from Japan in late January. At the moment the trains are still the property of Hitachi, and the first handover to Southeastern is not envisaged until mid-April.

Southeastern is currently training more than 100 drivers on the Class 395 fleet, which is fitted with TVM430 train control and KVB train protection equipment for operation on HS1. Each train has 348 one-class seats in six air-conditioned pressure-sealed cars.

Southeastern Commercial Director Vince Lucas said that the service is 'an opportunity to offer passengers more choice'; the company plans to publish its draft December 2009 timetable on its website in the near future.