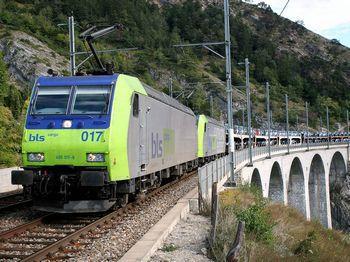 EUROPE: Swiss railway group BLS has sold a 25% stake in BLS Cargo to DB Schenker, which now holds 45% of the freight operator.

The deal was an option on the 2002 agreement between DB and BLS to co-operate on north-south trans-Alpine freight traffic. The contracts were concluded on June 25, subject to regulatory approval, and are retroactive to January 1 2008. The price was not disclosed.

BLS AG said it intends to remain the majority shareholder in BLS Cargo. Around 96% of BLS Cargo's income derives from transit freight traffic, in which it has a 40% share of the rail market. Turnover in 2007 was SFr190m.