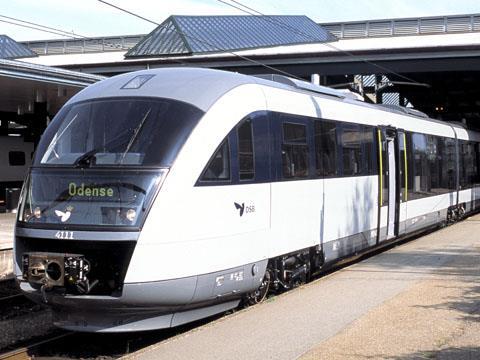 DENMARK: DSB and Siemens Mobility have reached a framework agreement for the supply of up to 100 Desiro Classic regional diesel multiple-units. DSB placed a firm order for an initial eight two-car units on July 2, and has options for a further 92 units. The price is not being disclosed.

The initial sets will be delivered in the fourth quarter of 2010, to replace Duewag/Scandia MR units dating from 1978-85 on Grenåbanen services between Grenå and Århus. The 120 km/h Desiros are expected to be about 10% more fuel efficient than the existing DMUs, and will be fitted with particulate filters. They will have air-conditioning, onboard passenger information, large windows, 103 fixed and 13 tip-up seats, and space for wheelchairs, prams and bicycles.

Siemens supplied DSB with 12 similar Desiro DMUs in 2002 for regional services from Odense to Svendborg and Fredericia.