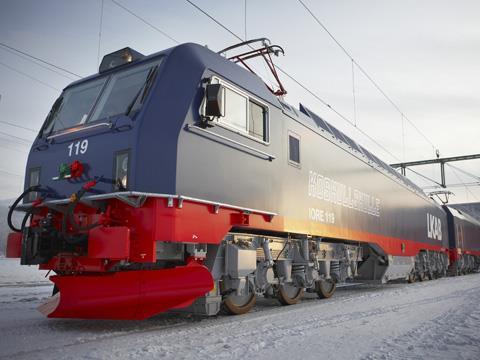 SWEDEN: The first of a second batch of Bombardier Transportation IORE 2 x 5·4 MW twin-unit electric locomotives was handed over to the Malmtrafik i Kiruna AB heavy haul rail subsidiary of mining firm LKAB on January 26.

Nine similar locomotives delivered in 2000-04 are now hauling iron ore trains of up to 8 000 tonnes to the ports of Luleå and Narvik.

The second batch of four locomotives was ordered in September 2007. Although these incorporate some more modern technology, they are 'practically identical' from a maintenance point of view according to Bombardier, which supports MTAB in servicing the fleet.