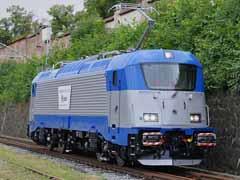 CZECH REPUBLIC: Renewal of telecoms and IT equipment is a major priority for the railways of central and eastern Europe, especially those in EU member states which must also comply with the Technical Specifications for Interoperability set out by the European Railway Agency.

The Czech Republic boasts a growing cluster of inter-linked IT specialists offering services for the rail industry. CD Telematika a s, the telecoms and data management business that is majority-owned by Czech Railways, is one of the participants in a project to install GSM-R along SZDC’s principal north-south main line. This is to be completed by the end of 2008, ahead of the ETCS pilot project between Kolin and Porícany.

CD Telematika has developed the IPR Communicator terminal application for electronic data exchange between dispatchers and drivers. Using VoIP technology over the GSM-R network to transmit voice messages and data to the cab, it can be used in an emergency to bring a train to a halt without the driver’s intervention, as well as providing diagnostic support, train position information and control centre updates.

CD Telematika and compatriot Oltis Group have collaborated to develop the ARES-3 reservation management software, which processes around 350 000 transactions per month for CD.

Infrastructure manager SZDC uses a suite of software systems for train planning, timetabling and dispatching, all provided by Oltis Group, which also operates the systems under an outsourcing contract. Among others, the suite includes the ISOR KADR tool that manages path allocation by providing a common electronic interface between the infrastructure manager, incumbent operator and other interest groups, including potential new market entrants. 'The system supports the fair, non-discriminatory access of all authorised operators to the railway network’, says David Krásensky, Business Consultant at Oltis Group.