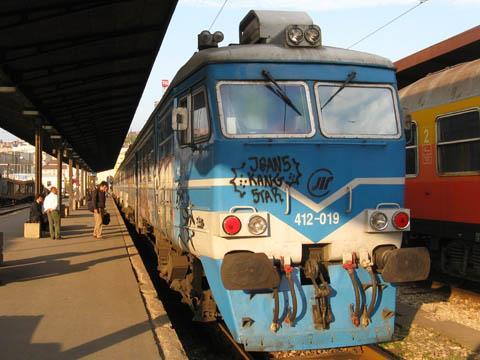 SERBIA: The European Bank for Reconstruction & Development signed a €100m loan agreement with state railway Zeleznice Srbije on May 8. The money will part-fund the purchase of a fleet of around 30 two or three-car electric multiple-units for regional and inter-city services. Tendering is expected to begin in the third quarter of 2009, with deliveries by June 2013.

The European Investment Bank will finance complementary track renewals on the core network, including Pan-European Corridor X routes from Croatia and Hungary to Serbia, and the line connecting Beograd with the port of Bar in Montenegro. The total cost of the rolling stock and infrastructure projects is estimated at €221m.

EBRD said its funding will improve the performance of the passenger business, as well as freeing locomotives for use on freight trains. It also contributes to the restructuring of Serbia's rail sector to increase competition and private sector participation.

'Like the wider Serbian economy, the rail sector is experiencing the effects of the global economic recession and the bank sees it as vital to provide long-term funding to Serbian Railways to help weather the crisis', said Thomas Maier, EBRD's Business Group Director for Infrastructure.

In 2001 EBRD provided a €57m loan to support the refurbishment of electric locomotives and initiate a restructuring programme. This was followed in 2006 with a €60m loan for the purchase of 750 wagons. Both projects included parallel financing with the EIB.