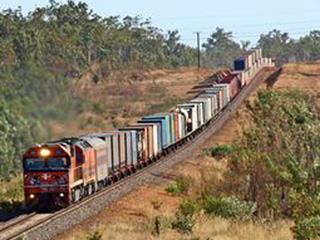 Genesee & Wyoming has completed its A$334m acquisition of FreightLink, giving it control of the 2 200 km north-south railway linking Tarcoola with Alice Springs and Darwin. Completed in 2004, the Alice – Darwin route cost A$1·2bn to construct, of which the state governments contributed A$475m and FreightLink A$900m.

The UK Department for Transport has approved Network Rail’s plans for upgrading the Felixstowe – Nuneaton route to accommodate more and larger intermodal trains. Due for completion by 2014, the work includes loading gauge enhancement, resignalling and the construction of a new curve to avoid reversals at Ipswich.

November 12 saw the start of work on another heavy haul coal railway in northeast China. Due to be completed by mid-2015, the 542 km Zhangjiakou – Tangshan line is expected to carry around 200 million tonnes a year from mines in Inner Mongolia to a new port at Caofeidian in Heibei province.

French logistics group SNCF Geodis completed its acquisition of the remaining 25% stake in ITL Eisenbahngesellschaft mbH with effect from December 1.

ETCS Level 1 came into service on a 92 km upgraded section of Corridor V between Bratislava-Raca and Nové Mesto nad Váhom in Slovakia on December 1. The equipment was supplied by Siemens at a cost of €10·4m and is controlled from Trnava. The speed of selected inter-city trains was raised from 120 to 160 km/h with effect from the timetable change, saving up to 10 min.

Shareholders of Intercontainer-Interfrigo voted at an extraordinary general meeting held on November 26 in Brussels to place the company into liquidation. The liquidator, Joan Dubaere of Brussels law firm Racine & Vergels, decided initially to continue operating the company’s 145 block and shuttle train services pending their transfer to interested parties.

The US Federal Railroad Administration has awarded $395189 to North Carolina State University for research into the use of biofuels in diesel locomotive engines. The University of Northern Iowa has received $371373 to study the feasibility of using biodegradable soya-based lubricants.