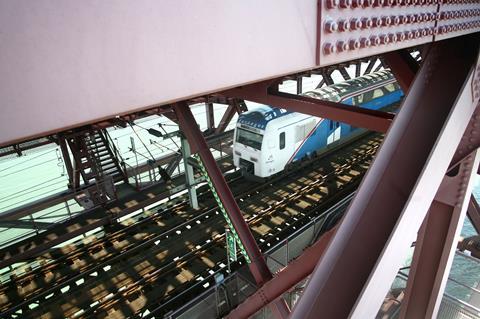 PORTUGAL: On December 12 the government announced its intention to extend until 2024 the public service contract held by private operator Fertagus, which runs suburban trains serving communities on both sides of the river Tagus in Lisboa.

The Council of Ministers suggested that the four year, nine month extension would ‘reinstate the economic and financial balance of the concession’. The present contract expires at the end of 2019 and the government would have been required to pay Fertagus €7·6m in outstanding subsidy, which is roughly the same amount that the operator pays to IP in annual access charges.

The revised agreement also includes provisions reflecting changes to the fare structure for transport in and around Lisboa. Introduction of the Navegante monthly travel pass in April this year triggered a spike in ridership of 35% on Fertagus services, causing the operator to remove seats from some vehicles in order to provide a short term boost to capacity.

Fertagus is currently the only private operator in Portugal; its majority shareholder is the Barraqueiro Group. It carried 21 million passengers in the last financial year. The concession was launched in 1999 and last renegotiated in 2005.

· In early December IP awarded a consortium of Thales and SISINT a €40·5m contract to equip several sections of the national network with ETCS Level 2. These are between Caíde and Régua on the Douro line, between Aveiro and Vilar Formoso on the Beira Alta line, and the Évora – Caia cross-border route into Spain now under construction.