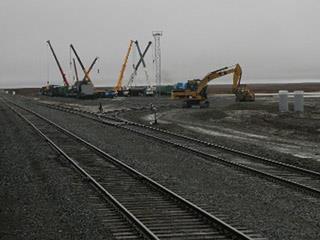 RUSSIA: Gazprom has announced the launch of regular rail operations on the 525 km Obskaya - Bovanenkovo line on the Yamal Peninsula, providing cost-effective and year-round access to one of the largest untapped gas reserves in the country. Work is underway on the final 47 km from Bovanenkovo to Karskaya, which is expected to open in September.

Gazprom expects the railway to carry up to 3 million tonnes of construction materials, machinery, fuel, pipes and cables a year. It will also be used to transport gas condensate.