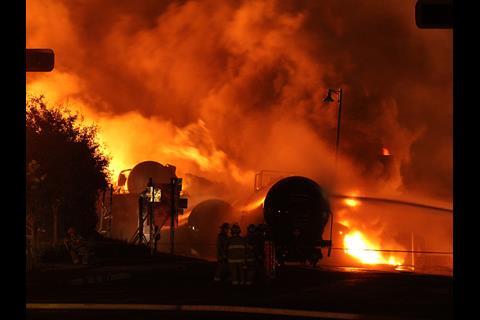 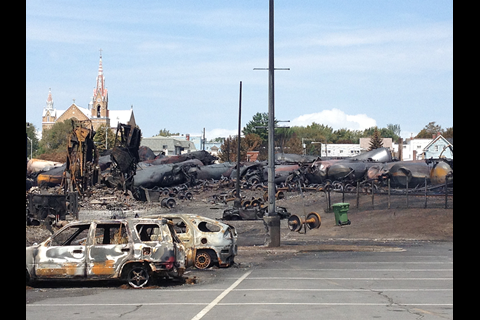 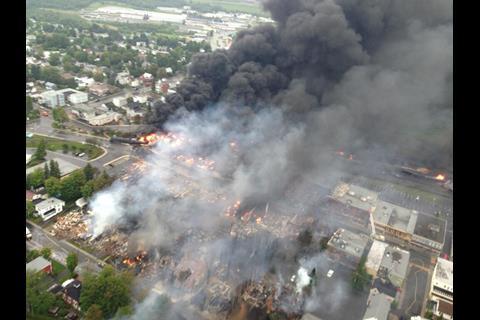 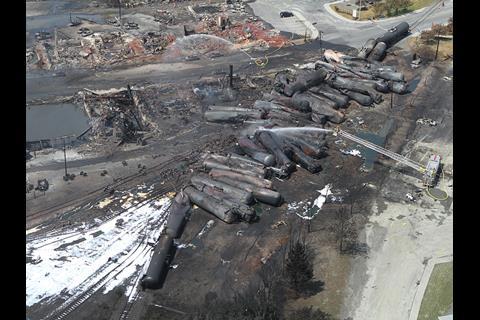 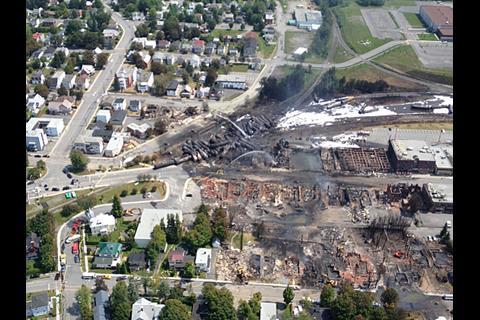 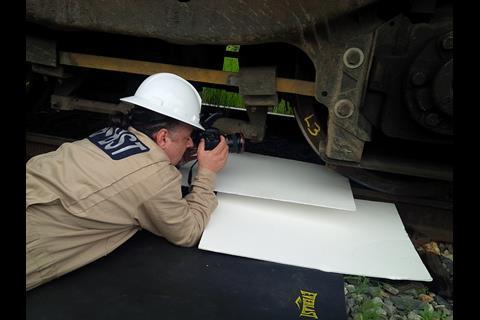 CANADA: An emergency directive setting new rules for handling dangerous goods by rail was issued by Transport Canada on July 23. This followed the runaway of an unattended train carrying crude oil in the early hours of July 6, leading to a derailment in the town of Lac-Mégantic, Québec, 240 km east of Montréal. Several buildings in the town centre were destroyed by the resulting fire, which is believed to have killed up to 50 people.

Transport Canada said that 'although the cause of the accident remains unknown at this time', it was taking steps to 'further enhance existing safe railway operations and the security of railway transportation'.

The emergency directive stipulates that at least 'two qualified persons' should operate trains of 'one or more loaded tank cars transporting dangerous goods', and these should not be left unattended on a main track. Steps must also be taken to prevent unauthorised entry to locomotive cabs, and the reverser control handles must be removed from any unattended locomotives to prevent them from being moved. Further instructions address the setting of both hand and air brakes.

Noting that 'the majority of railways maintain a culture of safety and security, as shown by the notable decline in derailments and train accidents over the past few years', Transport Canada has been working closely with the industry, including CN, CP and the Railway Association of Canada, 'to promote the continued safety of Canada's rail system'.

Meanwhile, Transport Canada inspectors are working in co-operation with the Transportation Safety Board investigation into the runaway, with a view to 'determining whether there has been non-compliance with regulatory requirements. If these regulations were not followed, the department will not hesitate to take action.'

The train comprising 72 tank cars and a buffer wagon hauled by five GE diesel locomotives was en route from North Dakota to a refinery in Saint John, New Brunswick. It was being operated by the Montreal, Maine & Atlantic Railway, a Rail World subsidiary created in 2003 which runs the former Canadian Pacific main line east of Montréal.

The train had been left standing on a 1% gradient at Nantes, about 16 km northwest of Lac-Mégantic, whilst the driver was taking a rest break. Leaving trains unattended with the locomotives idling is accepted practice in both Canada and the USA, but other than the Quebec, North Shore & Labrador, MM&A is the only railway in Canada authorised to operate with one-person crews.

According to industry sources, the brakes had been set on all five locomotives, and four had been shut down, leaving one idling. During the night, a Nantes resident alerted the local fire department to a fire on the idling lead unit. After the blaze had been extinguished, the responders are reported to have shut down the locomotive. With the air compressor no longer working, the locomotives' brakes are thought to have bled off, and the handbrakes were not able to hold the train. The runaway is understood to have reached almost 100 km/h before derailing on a sharp curve restricted to 15 km/h.