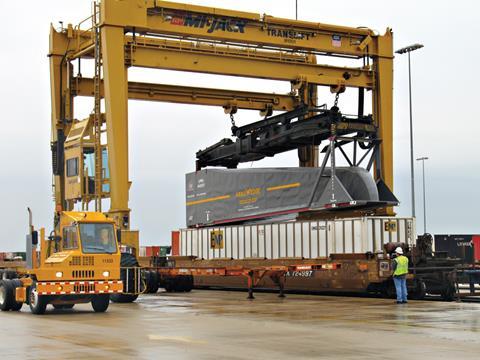 USA: The Union Pacific Corp board has approved a $3·9bn capital spending plan for 2014.

This is up $300m on 2013, primarily because the number of locomotives to be acquired will be increased from 100 last year to 200 this year, and greater investment is to be made in capacity enhancement. Spending on Positive Train Control will increase from $420m to $450m.

'Our capital investments serve a critical role in supporting future cash generation and returns', said Chief Financial Officer Rob Knight. 'The increased capital spending plan for 2014 also highlights our expectation of future volume growth across a wide range of markets in 2014 and beyond.'