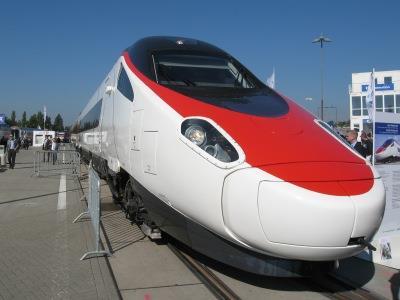 POLAND: Alstom Transport has been named as sole bidder in the tender to supply 20 high speed trains to PKP Intercity, for which the bids were opened on September 30. Six consortia had expressed interest when the initial request for a fleet of 250 km/h trainsets was issued in August 2008.

Alstom is bidding its New Pendolino design, similar to the ETR 610 units supplied to SBB and Trenitalia. As well as the 20 trainsets valued at €400m, which are to be suitable for 3 kV DC, 15 kV 16·7 Hz and 25 kV 50 Hz operation in Poland, Germany, Austria and the Czech Republic, the tender offer includes a €30m depot to maintain the trains.

Under the terms of the tender, the first eight trains must be delivered within 960 days of contract signature, and all 20 units within 1 152 days. However, this means the first trains would not arrive until the end of 2012, when PKP Intercity would have liked to have the additional capacity available in time for the Euro 2012 football championship.

As the tender value is within PKP’s budget, the operator hopes that contract signature should be only a formality. However, the question of financing for the new trains has yet to be resolved, and this uncertainty is believed to be one of the reasons that the other consortia did not submit final offers.