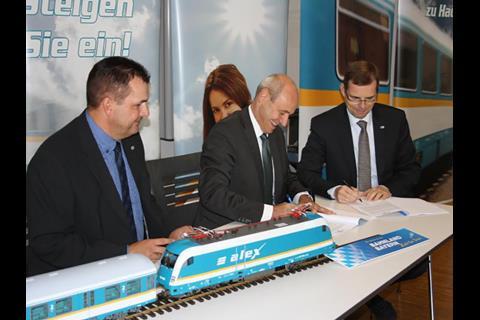 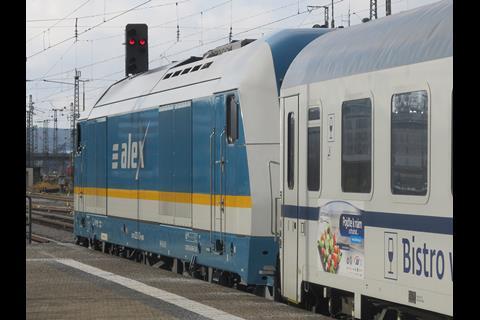 The services, which Netinera subsidiary Die Länderbahn currently operates under the Alex brand, were tendered as two lots, designed as transitional contracts while electrification works are completed.

The IR25 Nord contract runs from December 2017 until December 2022 and covers the operation of 2·77 million train-km/year on the München – Regensburg – Schwandorf – Hof/Furth im Wald routes. Cross-border agreements for the continuation of services from Furth im Wald to Praha are still to be finalised. The end date of the contract is timed to coincide with the planned electrification of the lines from Regensburg to Hof and Furth im Wald, which will require the procurement of new rolling stock.

The IR25 Süd contract covers the operation of 1·65 million train-km/year on the München – Kempten (Allgäu) – Immenstadt – Lindau/Oberstdorf routes. This contract also starts in December 2017, but will end in December 2020 to align with the expected electrification of the Geltendorf – Lindau route, at which point the services will be merged with those currently operated by DB Regio under the Dieselnetz Allgäu contract which runs to December 2029.

BEG said the interim contracts include high requirements for comfort, service quality, and punctuality, with penalties for underperformance. All trains are to have at least one member of customer service staff, and free wi-fi will be provided from the end of 2017.