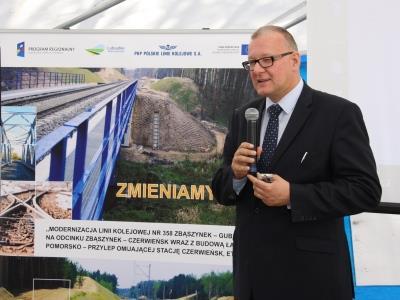 POLAND: Vice-Minister for Railways Andrzej Massel officially opened a new chord avoiding Czerwieńsk station on June 9, where reversals had previously added up to 30 min to journey times from Zielona Góra to Warszawa, Poznań and Gorzów Wielkopolski.

The 2 km electrified chord has been built as part of a 70m złoty programme to upgrade the 42 km Zbąszynek – Czerwieńsk route, under which the maximum speed has been increased from 80 to 100 km/h. Funding for the project included a 35⋅7m złoty contribution from the European Union.