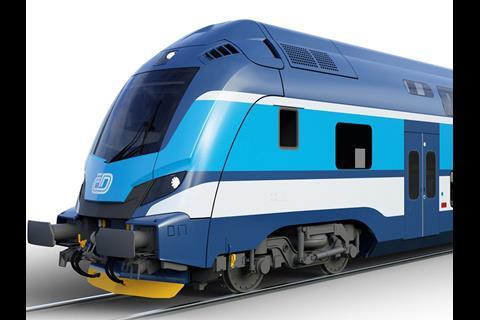 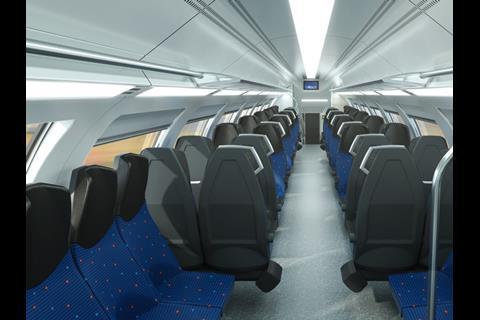 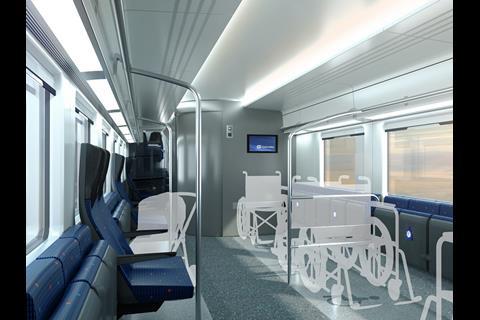 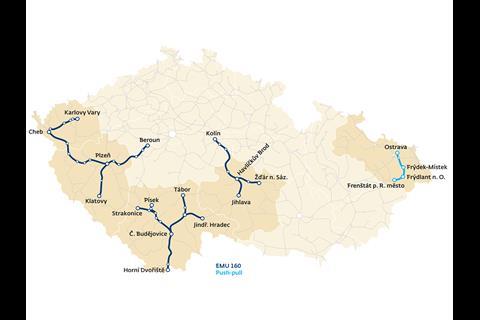 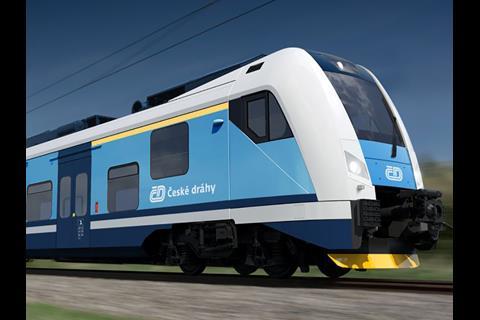 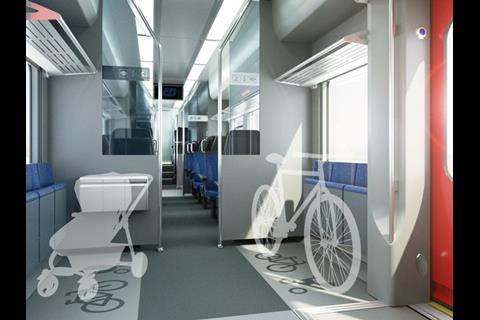 CZECH REPUBLIC: National operator ČD has awarded a consortium of Škoda Transportation and Škoda Vagonka a KC6bn eight-year framework contract for the supply of up to 50 RegioPanter electric multiple-units, with a KC3·6bn firm order for an initial 31, and a separate KC1bn firm order for five three-car sets of double-deck push-pull coaches.

The orders announced on March 29 have been placed following the award of contracts for the incumbent to continue to operate regional passenger services from December 2019. Deliveries are planned from spring 2021.

The EMUs are to be used on Plzeň – Cheb – Karlovy Vary (four units) and Klatovy – Plzeň – Beroun (11) services, and in the Vysočina (six) and Jihočeský (10) regions. The 1·36 MW 160 km/h units will be equipped for 3 kV DC and 25 kV 50 Hz electrification systems and fitted with ETCS. Each EMU will have around 140 seats, and up to three will be able to work in multiple.

‘Compared to the original RegioPanter units, the new units have a number of technical changes that are associated with the application of new standards and innovative interior design’, said Škoda Vagonka Chairman Martin Bednarz.

The 160 km/h unpowered push-pull sets will be similar to vehicles Škoda Transportation has supplied to DB Regio for Nürnburg – Ingolstadt – München regional services operating over the high speed line. They will have 356 seats, and are intended for the Ostrava – Frýdlant nad Ostravicí – Frenštát pod Radhoštěm route.

Push-pull vehicles were selected so they can be used with diesel locomotives until the planned electrification of the route is completed, when electric locos will be deployed.

The EMUs and the push-pull coaches will offer first and second class accommodation, air-conditioning, wi-fi, 230 V 50 Hz power sockets and USB ports, accessible toilets and tilting changing tables for passengers with babies. There will be recharging points for electric wheelchairs and electric bicycles. Onboard notices will be available in braille, and there will be voice beacons and facilities for blind people to use transmitters for remote control of the doors.