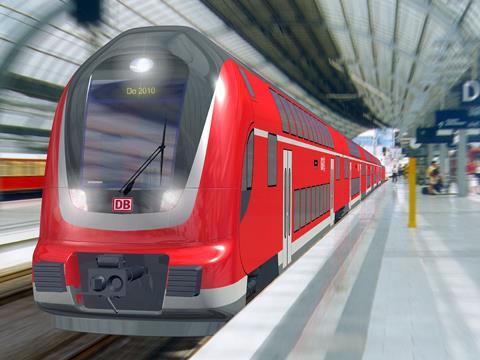 Delivery is scheduled to start in the second half of 2014. The four and five-car 160 km/h EMUs will be used on regional services south from the Baltic coast.

The order has been placed under a December 2008 framework agreement for double-deck stock including EMUs, and includes three previously-ordered powered driving cars.

The EMUs will have low-floor entrances and a multi-purpose area on the lower deck of each car, providing space for luggage and up to 36 bicycles per unit.

The middle cars will be equipped with vending machines, and an area for people with reduced mobility including an accessible toilet. The upper deck of this car will have a first class area with 2+1 seating. The driving cars have conventional toilets.

The cars are to be built at Görlitz, with development undertaken at Hennigsdorf, bogies from Siegen and the traction systems supplied from Vasteras in Sweden