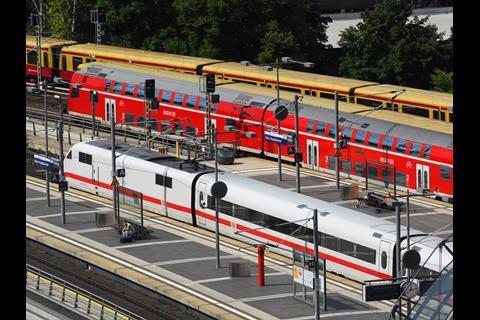 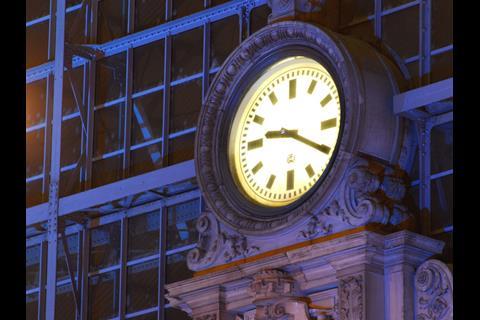 GERMANY: A detailed study of the feasibility of introducing of a national clock-face timetable based a 30 min and 60 min cycle of long distance trains with optimised connections has been published.

The study was commissioned by the Federal Ministry of Transport from the IGES Institut and TU Braunschweig, with RMCon and Heuking Kühn Lüer Wojtek as subcontrators. It was more detailed than previous macroscopic studies, incorporating a model of the rail network with around 1 000 000 edges and 990 000 nodes as well as train performance data.

The study found that a clockface timetable would be technically feasible and could be introduced by 2025. Depending on the chosen scenario, it could offer passengers travel time reductions totalling between 8 and 12 million h/year, which could generate a growth in ridership of between 9 to 12 million journeys.

However, further discussion and analysis of the benefits would be needed before any decision on whether to go ahead. The large size of the German rail network and the number of fixed boundary conditions make it difficult to devise a national clockface timetable, which could not simply be implemented as a single step. It would need to be phased in over a multi-year timescale as the required infrastructure works to remove bottlenecks were undertaken. Further studies would be needed to compare the value of the benefits with the work required and the resulting changes in operating costs.