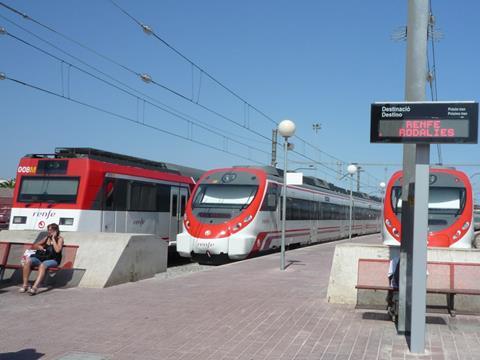 SPAIN: The Catalunya regional government has signed a contract with RENFE covering the provision of regional and suburban services in 2013-15.

Following a serious breakdown in relations last year, the Generalitat says that the new contract announced on June 17 marks a change in the relationship between itself and the national railway operator, making provision for individual routes or the entire network to be handed over to another company if performance and quality targets are not met.

The contract stipulates that a replacement road service must be provided if an incident suspending rail service is not expected to be resolved within 90 min, and provides for a full refund (in the form of a ticket for another journey) to be provided where a delay for which the railway is responsible exceeds 15 min.

To meet operating costs not covered by the farebox, the Generalitat is to provide €116·4m in 2013, rising to €119·9m in 2015. The two parties are to finance a €165m improvement programme that includes introducing suburban services in Tarragona, Girona and Lleida, providing more train capacity on regional routes and operating additional services between Figueres and Portbou at weekends in the summer.