Next side of Yangtze Delta high speed rail triangle opens 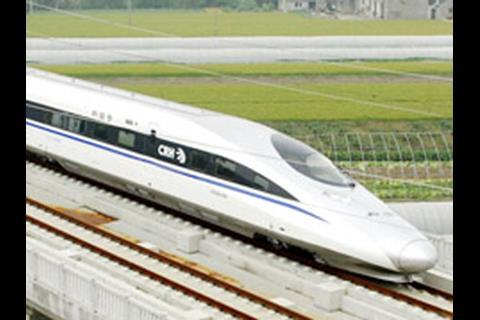 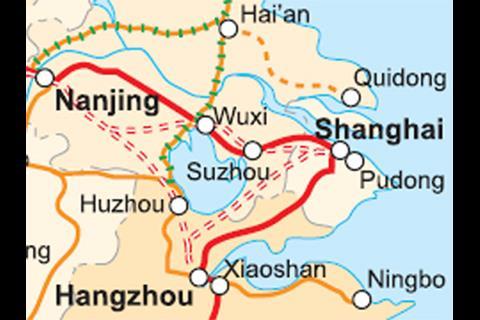 CHINA: The Shanghai - Hangzhou Passenger-Dedicated Line opened on October 26, with 350 km/h running cutting the 202 km journey between the cities from 1½ h to a fastest journey time of around 45 min.

There will also be semi-fast and stopping trains serving the nine stations on the route, and total annual traffic is estimated at 80 million passenger-journeys.

The line forms one side of a triangular high speed network which will provide journey times of less than 2 h between Shanghai, Hangzhou and Nanjing, significantly increasing capacity in the Yangtze Delta region. The 301 km Shanghai - Nanjing leg opened on July 1, and construction is underway on the 251 km direct link between Nanjing and Hangzhou.

'The operation of the Shanghai - Hangzhou high speed rail line will help alleviate traffic pressure in the Yangtze River Delta region', Minister of Railways Liu Zhijun said at the inauguration. 'It will not only promote economic and personnel exchange but facilitate the integration of the Yangtze river delta region'.

The line was completed within 20 months of the groundbreaking ceremony held on February 26 2009. It was built by Zhejiang Provincial Railway Investment Group, with funding from the Ministry of Railways, the Shanghai and Zhejiang provincial governments and Baosteel Group.

During trials a CRH380A trainset reached a speed of 416·6 km/h on September 28, which manufacturer China South said was a record for a normal trainset; the TGV trainset which reached 574·8 km/h in France in 2007 had been specially modified for the record attempt.

CSR said the CRH380A is a 'perfect match of modern technology and Chinese culture', with a 380 km/h design speed approaching that of some aircraft but subject to a more challenging aerodynamic environment. The nose shape was developed after extensive testing, and is derived from China's Long March family of space rockets.