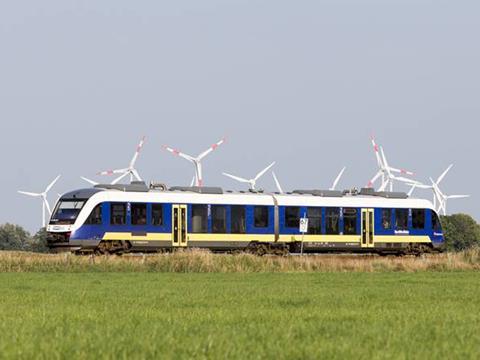 NWB is owned by Veolia Verkehr (64%) and the utility companies of Osnabrück (26%) and Oldenburg (10%). The new contract will run for 10 years from December 11 2016, with an option for a two-year extension. It covers the operation of almost 5 million train-km/year, and specifies additional Wilhelmshaven – Oldenburg services, more through trains to Bremen and an increase in the number of services with conductors.

Niedersachsen transport authority LNVG is to refurbish the 43 Alstom Coradia Lint 41 diesel multiple-units it leases to the operator, and earlier this year exercised a €25m option for six more to be supplied.