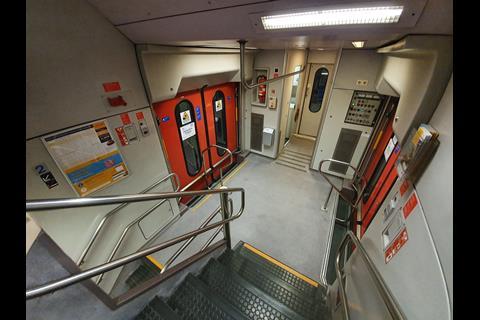 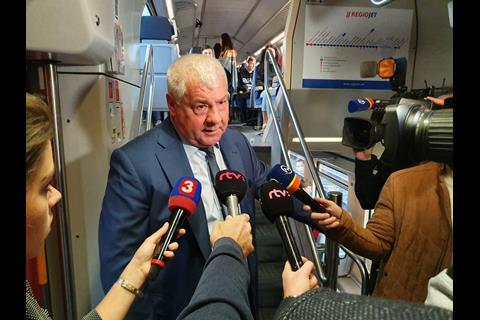 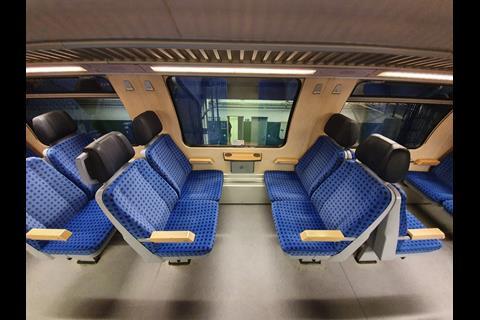 SLOVAKIA: On September 16 RegioJet introduced double-deck coaches to increase morning and evening peak capacity on the Bratislava – Dunajská Streda – Komárno route, where ridership in the first half the year reached 2·3 million, a 50% increase on the same period last year.

The operator said this rapid growth was the result of the residential developments in the area, and also its participation in the capital’s integrated transport system. Road works have also provided a boost, with commuters switching to rail.

The 10 Type Dbz750 coaches which RegioJet has purchased from DB Regio were built at Bautzen in the early 1990s and previously operated around München. They are being operated in two five-car rakes with Siemens Eurorunner diesel locomotives leased from Beacon Rail.

RegioJet said the introduction of double-deck stock marked a ‘turning point’ for the route which it has operated under a public service contract since taking over from state operator ZSSK in March 2012. In this time the route has gone from being relatively unimportant in 2011 to being the busiest single-track line in the country, the operator said, and it is now the only non-electrified route with modern double-deck coaches.