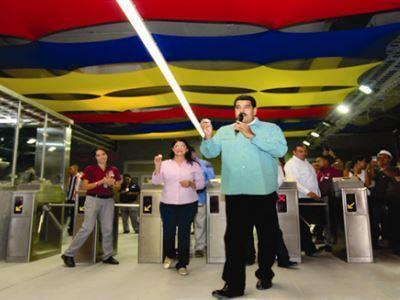 VENEZUELA: The first section of second phase of the light metro network in Valencia was officially opened by President Nicolás Maduro on April 29, running for 630 m from Cedeño to Rafael Urdaneta and Francisco de Miranda. Having cost US$1·6bn to build, the extension is expected to be used by 30 000 passengers per day.

The second phase of the Valencia network will run for a total of 4·3 km and serve six stations, expected to be used by 175 000 passengers per day and creating 2 000 direct and indirect jobs. With work now 70% completed, the stations at Negra Hipólita and Josefa Camejo are expected to enter service in 2016, followed by Atanasio Girardot and Tacarigua.