Bus drivers to be retrained for an autonomous vehicle future 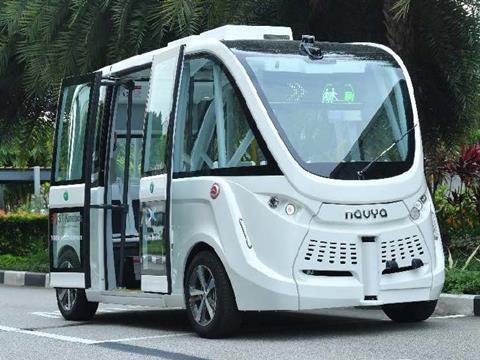 SINGAPORE: A memorandum of understanding was signed on October 24 to retrain bus drivers in preparation for the expected deployment of autonomous buses in the city.

The signatories are the Land Transport Authority, the National Transport Workers’ Union, ST Engineering, SBS Transit, SMRT Buses, Tower Transit Singapore, Go-Ahead Singapore, Workforce Singapore and the NTUC Employment & Employability Institute. They will work together to train drivers so that they can take on roles in autonomous buses, such as that of safety operator who can take over control of the vehicle or remotely monitor operations.

An initial cohort of around 100 drivers will undergo training in the next few years in preparation for a planned pilot that would see autonomous buses operate in Punggol, Tengah and the Jurong Innovation District. It is envisaged that the size of the cohort will increase to keep pace with larger roll-outs of the technology.

The MoU was signed on the same day as the LTA announced that it is expanding the are within which autonomous vehicle companies can apply to carry out tests. The enlarged area covers more than 1 000 km of public roads in western Singapore. The move comes in response to industry feedback which claims that a more varied testing environment will help to accelerate technology development.