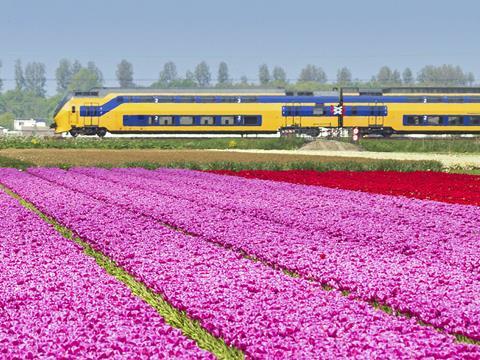 NS had announced in 2016 that it would focus on the core long-distance rail network and would no longer bid for Dutch regional operating contracts. This followed a scandal in 2015 when the award of a contract for NS to provide rail and bus services in Limburg province was cancelled after it emerged that a former employee of incumbent Veolia had provided confidential information. NS’s Qbuzz contract operating subsidiary was subsequently sold to FS Group’s Busitalia. In June 2017 anti-monopoly agency ACM fined NS €41m for abusing its dominant market position.

Van Boxtel told Volkskrant in December that NS was potentially interested in a tender called by the province of Zuid-Holland covering the operation of the Dordrecht – Geldermalsen route and local bus services between December 2018 and December 2026; Qbuzz was named preferred bidder on January 10.

NS is also interested in the tender for the Amersfoort – Ede-Wageningen route, currently operated by Connexxion under a contract which ends in December 2021.

Meanwhile, on December 21 a court in 's-Hertogenbosch ruled as inadmissible a case brought against the former CEOs of NS and Veolia Netherlands in the wake of the Limburg scandal. The prosecution service plans to appeal.