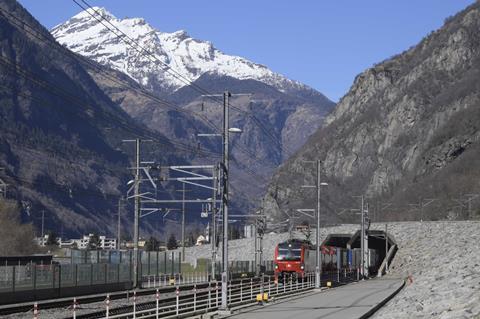 SWITZERLAND: Changes to the Eisenbahnverordnung national railway regulations to embed the requirements of the technical pillar of the EU’s Fourth Railway Package were formally approved by the Federal Council on November 6.

Emphasising that ‘Switzerland has a great interest in ensuring that cross-border railway traffic functions as smoothly as possible and free of obstacles’, which would ‘strengthen the shift of transalpine freight transport to rail’, the Bundesrat said it intended to incorporate the technical pillar into Swiss law in two stages.

The first step will see the harmonisation of EU and Swiss procedures for the registration of rolling stock used on international services, and for the issuing of safety certificates, using the one-stop shop established by the EU Agency for Railways. The changes are subject to a formal endorsement by the Swiss-EU Joint Committee under the terms of the Land Transport Agreement, but the revised arrangements are expected to be in place by the end of 2019.

In a second step, the government wants to see a full merger of Swiss and EU railway processes. The Bundesrat plans to submit a request to Parliament for changes to railway legislation which would transpose the technical pillar into Swiss law.