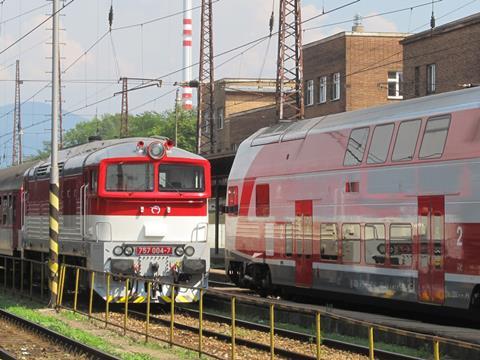 SLOVAKIA: The ALLRAIL group of new entrants to the rail market has expressed concerned about tender for the operation of passenger services on the Žilina – Rajec line, saying it believes that the process favours state incumbent ZSSK and ‘it seems that real competition is not wanted’.

The tender published by the Ministry of Transport & Construction on August 7 requires applications to participate to be submitted by September 6, so that the contract can start on February 1 2020. ALLRAIL believes this timescale is ‘much too short’, and does not provide bidders other than ZSSK with enough time to prepare a submission and then, if successful, source rolling stock and recruit staff before the start date.

ALLRAIL contrasted the short timescale with a tender for the operation of Franken – Südthüringen regional services in Germany which was also announced this month but would not see the winning operator take over until December 2023.

Another concern was that the tender announcement was only published in Slovak, ‘meaning that those operators with Slovak language skills get a head start’.

‘Protectionism disguised as a competitive tender undermines both the Single European Rail Area and the EU Fourth Railway Package’, said ALLRAIL Secretary General Nick Brooks, adding that the association would be submitting formal objections to the ministry and to EU stakeholders.

Responding to the criticism, the ministry told Railway Gazette International that the preliminary information notice had been issued in March 2018, which it believed had provided enough time for potential bidders to prepare.

The ministry explained that the Žilina – Rajec service was very simple, and not comparable in scope to the German contract. ‘We believe that we will manage the first competition in Slovakia in full compliance with EU and Slovak legislation and that the new carrier will bring to this route higher quality and thus more satisfied passengers, which is our goal’, said a spokesperson.