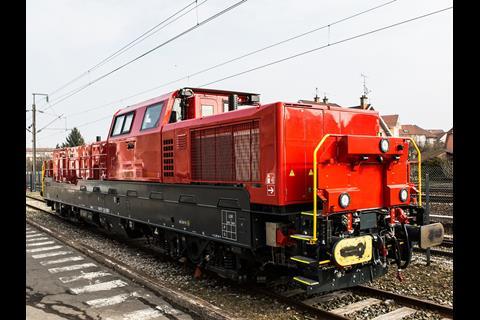 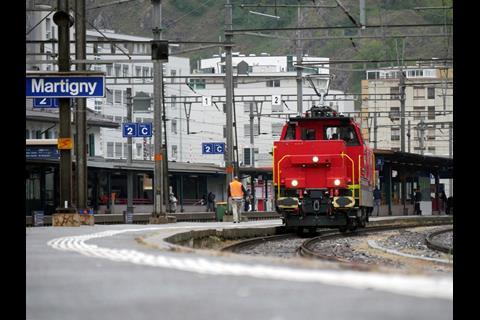 SWITZERLAND: A pre-series batch of five Prima H4 shunting locomotives has now been delivered to SBB for a year of in-service trials.

Designated Aem940 by SBB, the locomotives will be used mainly at marshalling yards and for engineering possessions. In line with SBB’s fleet rationalisation efforts, the four-axle loco is intended to replace six older types, thus considerably reducing maintenance and spares inventory costs as well as CO2 emissions.

Alstom is offering the Prima H4 in four traction combinations: diesel-battery hybrid, twin powerpack diesel genset; electro-diesel with multisystem capability; and multisystem electric with battery pack. Being produced at Alstom’s Belfort site in France, the 47 locos for SBB are all electro-diesels, with the operator opting for this variant ahead of the electric-battery option. They are rated at 2 MW in 15 kV 16·7 Hz electric mode, with 870 kW available from the diesel powerpack.

SBB cites the much longer range and autonomy of a diesel powerpack when used for engineering and departmental duties, when the loco could be required for use on several consecutive days without an easy option for recharging batteries. The locomotives are equipped with onboard ETCS equipment as well as radio control. A start-stop function switches off the diesel engine after 5 min of idling.