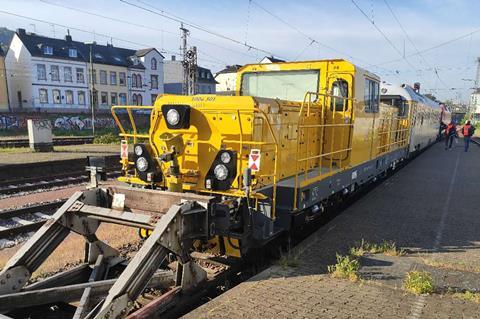 GERMANY: Trials are underway with a larger version of the AZLok shunting and engineering train locomotives which Deutsche Bahn has ordered from China’s CRRC Zhuzhou.

DB ordered four 750 kW four-axle diesel-battery hybrid locomotives from CRRC Zhuzhou in June 2018 at a cost of €10m, with options for up to 16 more.

The first of two small-profile locomotives intended for hauling engineering trains on S-Bahn networks was delivered to Germany in late August 2018.