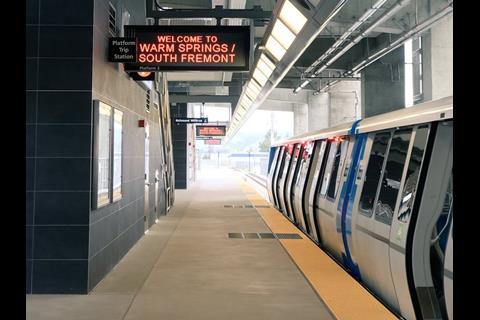 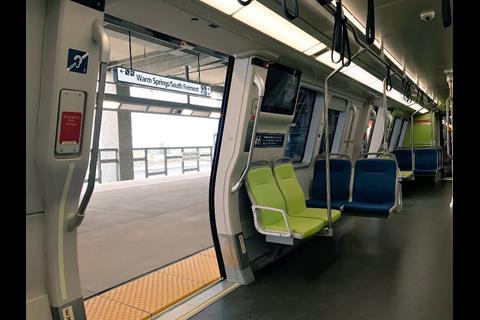 USA: A ceremony on March 24 marked the opening of an 8·7 km extension of the BART network serving the San Francisco Bay Area. Passenger services began the following day.

The southern extension adds one station to the network. Warm Springs/South Fremont is fitted with solar panels that meet its daytime energy needs, as well as bioswales to filter silt and pollutants from surface run-off water. The station has a 2 082-space car park, and 42 solar-powered electric vehicle charging stations are due to open in the next few weeks. There are also bicycle racks and lockers, as well as bike channels in stairways.

A further 16 km extension south from Warm Springs to Milpitas and Berryessa is due to open later this year. Longer-term plans envisage a further 10 km, four-station extension from Berryessa to Santa Clara University, including an 8 km tunnel under San Jose.