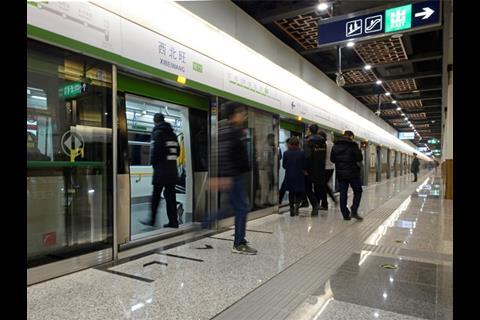 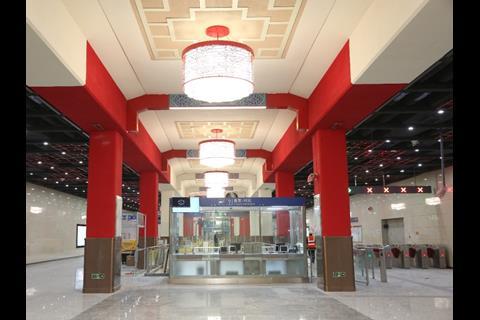 CHINA: The latest metro line in Beijing opened on the last day of 2016. Line 16 is the fourth in the capital to be operated by Beijing MTR Corp, and the opening of the first phase brings the metro network to 574 route-km with 19 lines.

The 19·6 km northern section runs underground from Xiyuan on Line 4 to Beianhe. There are nine stations, with a further station due to open in mid-2017. Services run at 8 min headways, and ridership is forecast at 80 000 passenger-journeys per day.

Line 16 is the first in Beijing to use 8A trainsets. These consist of six powered and two unpowered cars, and have capacity for 2 480 passengers, or 3 560 under crush load conditions. Stabled at a depot at the northern end of the line, 35 trainsets are being supplied by CRRC Changchun and 29 by CRRC Qingdao Sifang. The full 49·8 km route from Beianhe to Wanping Town with 29 stations is scheduled to open in 2018.