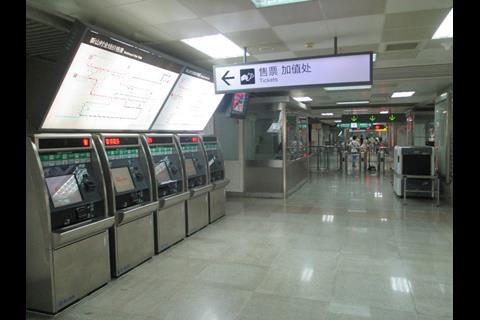 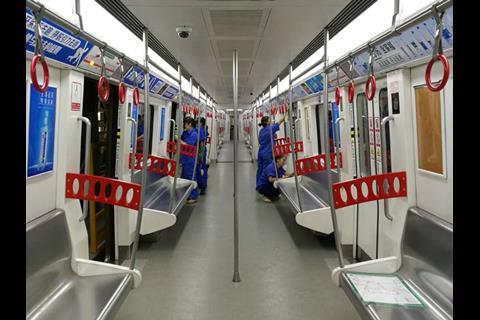 The first phase of Line 5 links Expo Garden Centre and Dalongshan on a 13·6 km alignment with nine stations including three interchanges. The end-to-end journey time is 21 min, and services run between 07.30 and 20.30 at average headways of 8 min. A fleet of eight six-car Type A trainsets is stabled at a depot in Dazhulin.

Depots at Wangjiazhuang and Zhujiawan stable a fleet of six-car Type A trainsets, which would be lengthened to seven cars in the future. These have a maximum speed of 120 km/h, allowing an average line speed of 66 km/h.

Construction of Line 10 started in May 2014, and an eight-station southern extension from Liyuchi to Lanhualu is currently being built.

In 2018 two more metro lines are scheduled to open in Chongqing: Line 4 and the Loop Line.