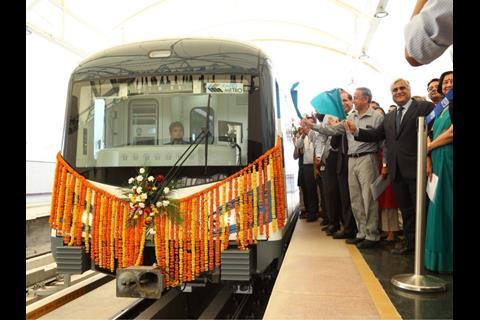 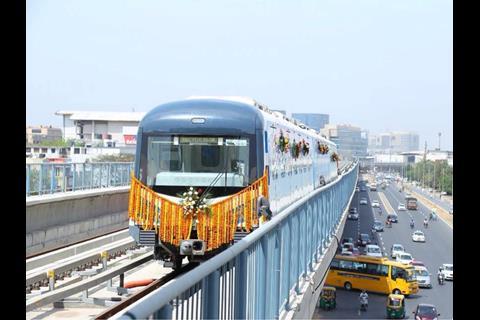 Work began in October 2012, with Siemens acting as lead contractor. In June 2013 IL&FS Engineering & Construction announced that it had been awarded a Rs26·7bn civil works contract. CRRC Zhuzhou delivered a further seven three-car trainsets between August 2015 and February 2016 to augment the fleet of that was supplied for Phase 1. Test running on the extension started in December.

Of the total fleet, 10 trains are required for regular services, with all 12 expected to be used once frequencies increase. A second depot has been built at Sector 53.