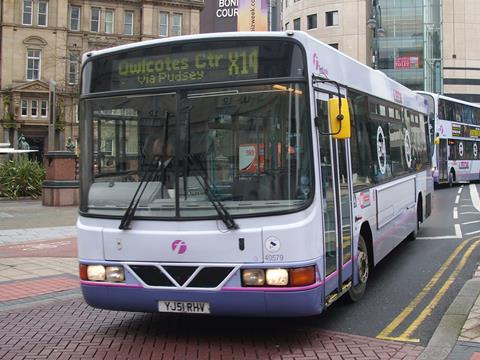 UK: A £173·5m four-year funding package for public transport improvements in Leeds was confirmed by Transport Minister Andrew Jones on April 21. In addition, FirstGroup has agreed in principle to commit £71m to providing 284 new low-emission buses by 2020.

West Yorkshire Combined Authority is to use the funding to provide high-frequency busways with segregated lanes, real-time passenger information and park and ride facilities. The funding will also enable proposals for local rail improvements to be developed, subject to wider rail industry consultation.

‘New segregated bus corridors and investment in park and ride schemes will be a huge benefit to people who live and work in Leeds, and those who visit the city’, said Jones. ‘This investment will make public transport in Leeds more accessible and reduce journey times. Better transport facilities don’t just help people get around, they help them get on, connecting them to jobs and helping to deliver economic growth in the north.’

The money had been ring-fenced for public transport in Leeds following the government’s May 2016 decision not to give the go ahead for the New Generation Transport plan for a trolleybus route in the city. The NGT scheme had itself replaced the Leeds Supertram proposal which was refused funding in 2005 as estimated costs rose.