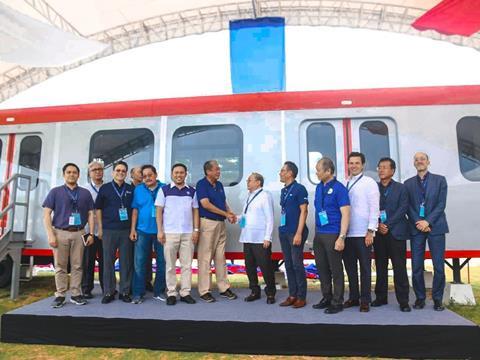 PHILIPPINES: Main works on the southern extension of Manila metro Line 1 were launched at a ceremony on May 7. An event to mark the start of enabling works had taken place in May 2017.

The 11·7 km extension to Bacoor in Cavite province is expected to be completed in the final quarter of 2021. Five stations would open initially, with three more to come later. The existing depot at Baclaran is being enlarged and a new depot is being built at Zapote.

In 2016 LMRC awarded a consortium of Bouygues Travaux Publics and Alstom a €450m contract to build the Cavite extension. Alstom is supplying signalling and communications, power supplies and trackwork.

Mitsubishi Corp and manufacturing partner CAF are supplying 30 trainsets under a €225m contract awarded in 2017. Deliveries are scheduled for 2020-22.