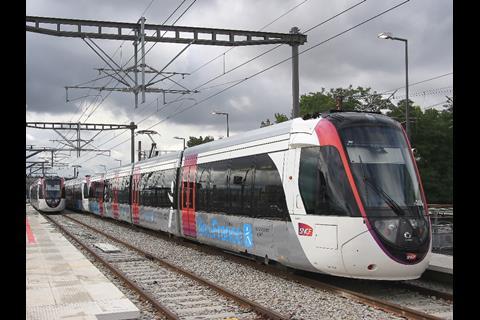 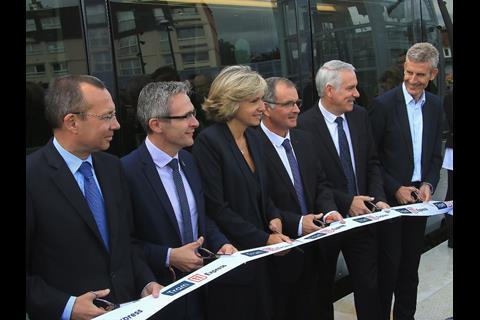 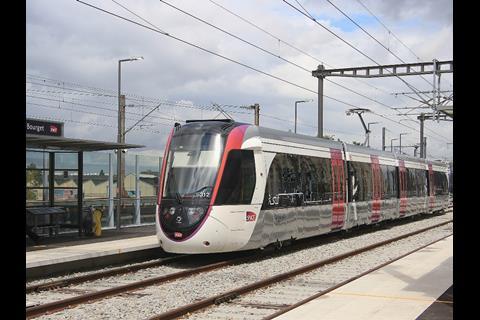 FRANCE: The first section of the T11 Express tram-train route in Paris opened on June 30. Services on the 10⋅6 km line between Epinay-sur-Seine and Le Bourget serve seven stations.

Services are operated with a fleet of 15 Alstom Citadis Dualis tram-trains procured by national rail operator SNCF on behalf of Ile-de-France transport authority STIF. The first of these was delivered in August 2016 from Alstom’s Valenciennes site, where final assembly took place. STIF funded the acquisition of the rolling stock at a cost of €83m. The vehicles are stabled at a new depot at Noisy-le-Sec.

The vehicles form part of a framework contract signed in 2007 covering up to 200 trainsets. The option for the 15 T11 tram-trains was exercised in June 2014, with a further 15 ordered in December 2015 to operate on an extension of route T4.

Formerly known as the Tangentielle Nord or Tram-Express Nord project, T11 Express is planned to become a 28 km route between Sartrouville in the northwest of Paris and Noisy-le-Sec to the east.

Work included laying two additional tracks along a freight railway alignment for tram-train services. The project is being co-ordinated by the Ile-de-France region, STIF, SNCF and the départements of Seine Saint-Denis and Val d’Oise. The total cost of €603m has been met by Ile-de-France (47%), central government (27%), SNCF (24%), Seine Saint-Denis (2%) and Val d’Oise (1%).