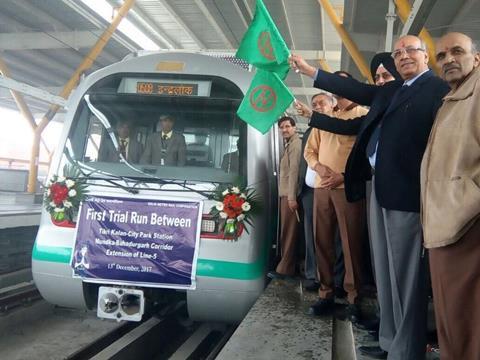 The 12 km extension from Mundka to Bahadurgarh City Park is part of the Phase III expansion of Delhi’s metro network. It runs on an elevated alignment, serving seven stations including three in the province of Haryana. Bombardier has supplied Cityflo 350 signalling.