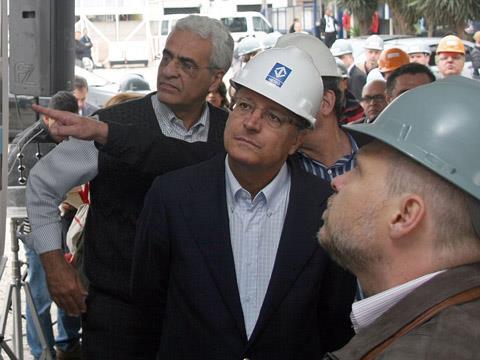 An initial one-station extension from Largo 13 to Adolfo Pinheiro has been under construction using NATM since September 2009, and is scheduled for opening in 2013 at a cost of R$188m. The latest phase will continue this in further tunnels to Chácara Klabin, taking Line 5 to 20 km and 17 stations by 2015.

CAF's Hortolândia plant is to supply 26 six-car trains from 2013 under a R$615m contract financed with a loan from IBRD. CAF has previously supplied 17 six-car trains to Metrô de São Paulo and is building 288 electric multiple-units for suburban operator CPTM, and said the latest order positions it as 'the leading train manufacturer in Brazil'.

Meanwhile, Schalke has supplied two rail grinders ordered at a cost of R$41m for use on lines 1, 2 and 3, and Metrô de São Paulo has announced plans to begin procurement of 15 six-car trains for those lines.