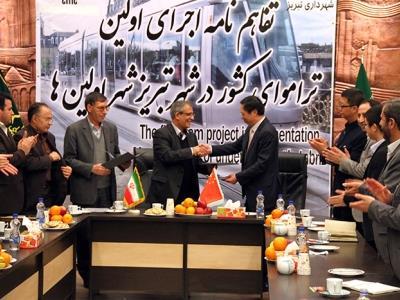 IRAN: Chinese company CITIC has signed a memorandum of understanding with Tabriz municipality for the construction of a tramway. This would run along the Azadi Boulveard and Azerbaijan Boulevard, to the south and west of the city centre.

Among those present at the signing were Mayor Sadeq Najafi and Deputy Governor of East Azerbaijan Province Poor Mahadi. CITIC is also to look at options for a 6 km metro line between El Gholi and Shahriyar.