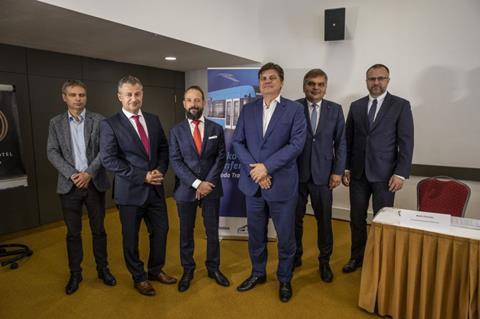 The KC416·3m transaction announced on July 8 is expected to be completed next year.

A centre of competence will be developed in the city to undertake repairs and modernisation for the local operator and other companies.

‘Thanks to the expertise and many years of experience of our employees, we will also manufacture new trams, electric buses and trolleybuses for current and future Škoda customers’, said President of the Škoda Transportation group Petr Brzezina. ‘We are going to invest significantly in the modernisation of the plant and technological equipment’, he said, adding that this would create new jobs in the area.

The Škoda Vagonka rolling stock and Škoda Digital control and diagnostic businesses are also based in Ostrava. Škoda Transportation Deputy Chairman Tomáš Ignačák said the city was becoming a hub for transport technology, with the company’s investments ‘bringing sophisticated production with high added value supported by in-house research and development’.

Mayor of Ostrava Tomáš Macura said he was ‘glad that the period of uncertainty and speculation is coming to an end’.

‘Negotiations on the sale of Ekova were not easy, but they were conducted correctly, resulting in an agreement with which we are satisfied’, he said.