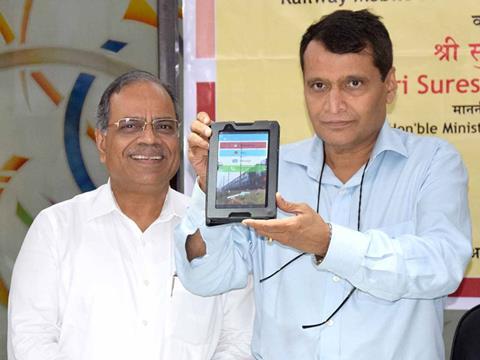 INDIA: An app designed to improve the security of passengers on Eastern Railway's suburban services has been launched by Railways Minister Suresh Prabhu during a visit to the railway’s headquarters

The Railway Mobile Instant Tracking Response & Assistance app can be used to alert the nearest Railway Protection Force control room in the case of a crime being committed. The RPF can see the victim’s location, and can be sent a photo of the culprit or situation. It is hoped that the existance of the app will also act as a deterrent.

According to ER General Manager RK Gupta, the R-Mitra app is currently available for Android, with iOS to follow. Users fill in their personal information including as name and mobile phone number.

ER says that a passenger without a smartphone wil be able to send a text message to seek assistance.