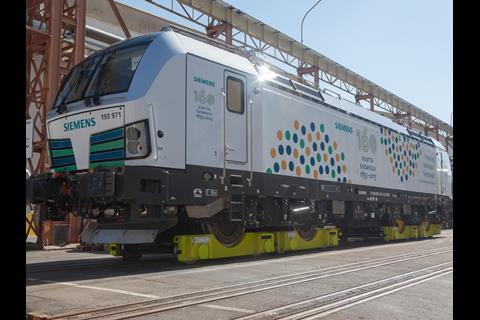 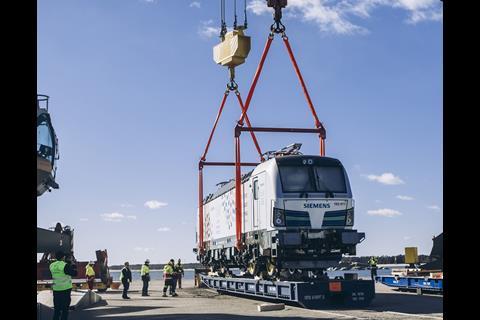 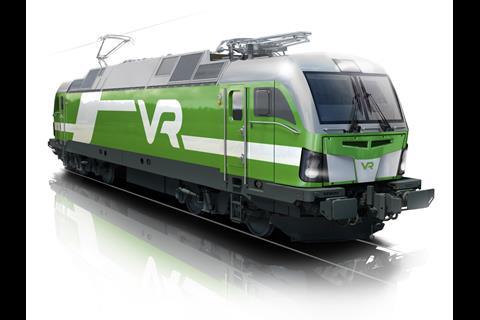 FINLAND: The first broad gauge version of the Siemens Vectron locomotive family has been delivered to Helsinki, where it was displayed to the public on April 7.

No 193 971 is an ‘advance locomotive’. It is fitted with instrumented wheelsets which gather data to feed into the design of the 80 Vectrons which national operator VR ordered in early 2014 at a cost of €314·5m. As well as being broad gauge, the Finnish locomotives will differ from previous Vectrons by being winterised with the air intake vents moved to the roof, and the front of the locomotives will be reinforced to withstand collisions with elk. Delivery of the series locomotives is scheduled for 2016-26.

The 1 524 mm gauge test locomotive was shipped from Germany, riding on standard gauge trollies when it was hauled on the German network. Although these have been used in the past for lighter vehicles, a new design of ‘loco buggy’ was developed by Siemens and Railadventure to accommodate the 90 tonne locomotive.

The 25 kV 50 Hz Vectrons will replace VR’s existing Soviet-built Class Sr1 locomotives dating from the 1970s on passenger and freight services. Rated at 6·4 MW, they will have a maximum speed of 200 km/h and the capability of hauling trains of more than 2 000 tonne, with regenerative braking and 'last mile' diesel engines.