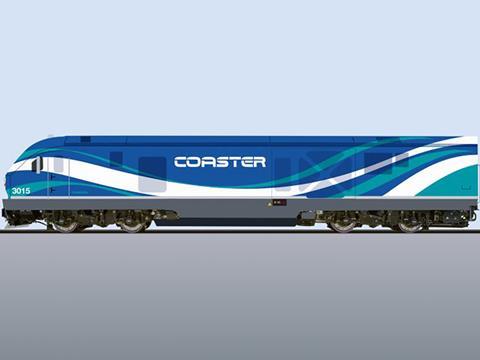 USA: The purchase of five Siemens SC-44 Charger diesel-electric locomotives for use on Coaster commuter services into San Diego was approved by the North County Transit District board at its June meeting.

The order is worth more than $37m, which will be funded by the state of California.

NCTD is to place the order through a multi-state locomotive procurement agreement led by the Illinois Department of Transportation which was announced in 2013.

The NCTD locomotives are expected to be delivered between March and June 2021. They will replace five locomotives originally built in 1975-92 which NCTD purchased secondhand and which are now reaching the end of their service life.

The Siemens locomotives are expected to improve operational efficiency while offering an estimated 90% reduction in emissions and a 16% reduction in fuel consumption compared to the existing locos.

NCTD plans to operate an additional six weekday services and three more services on Saturday and Sundays once the locos are in service.