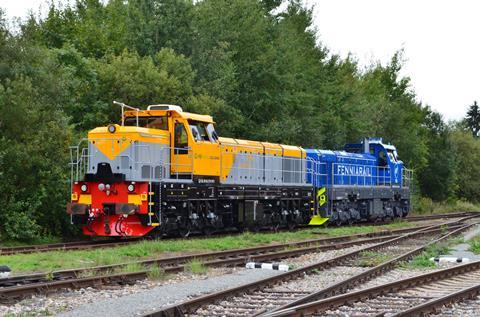 The first loco is undergoing tests on 1 435 mm bogies at the VUZ Velim test centre, after which it will move to Haniska pri Košiciach in Slovakia where it will be regauged to 1 520 mm and handed over to AMKR.

All four locos are scheduled to be delivered by the end of 2020. They will be used for heavy shunting within the steelworks. The order was finainced by OTP Leasing Ukraine.